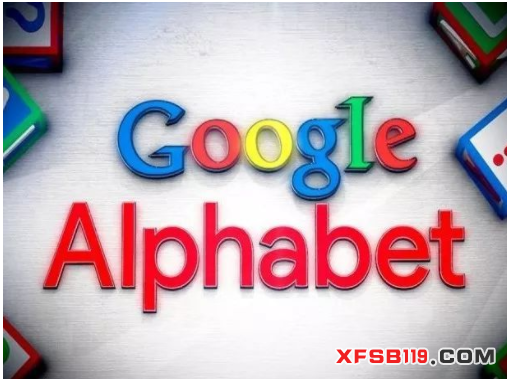 The performance of Alphabet exceeded analysts' previous expectations.
This also means that marketers are constantly investing in the increasingly strict review of media advertising.
At the same time, the company 's spending has reached an all-time high, spending nearly three times that of the quarter, reaching $7.7 billion, mainly for the purchase of real estate, artificial intelligence, cloud computing and consumer devices.
Where did the money go?
Almost all of Alphabet's spending on these is to support cloud computing and consumer device business. Google's business is behind Amazon and Apple, and Alphabet is now struggling to catch up.
Chief Financial Officer RuthPorat reminded investors that Alphabet's spending is spent on three major projects: building data centers; laying three new submarine cables; building processors, networking equipment and other machines to power Google's massive artificial intelligence efforts.
Google CEO Weichai told investors that Googleâ€™s soon-established hardware division will achieve â€œthe scale we want to seeâ€ in two to three years, which will rival Amazonâ€™s and Appleâ€™s smartphones and smart speakers. .
The technology investment also includes custom chips, an expensive technology that Apple has been investing in over the years.
Also because of high spending, Googleâ€™s high spending in the first quarter of this year reduced its operating margin to 22% from 27% a year ago.
Previous large investments have mainly supported Google's search and YouTube, etc., and these businesses now occupy a leading market position. This time, the investment of Alphabet is still unclear whether it can narrow the gap with Amazon and Apple.
According to ForresterResearch, Google's cloud computing services could generate up to $250 million in sales this year. But this figure is only a small fraction of Amazon's quarterly revenue.
On the mobile phone, according to UBS estimates, Google sold about 2 million mobile phones in the fourth quarter. In the meantime, Apple sold 77 million Apple phones.
What are the challenges?
While the Alphabet is spending a lot of money, other technology giants are also making great efforts. In the fourth quarter, Amazon's capital expenditures increased by 50%, Facebook's spending can almost be doubled, and the focus of everyone's investment is similar.
Despite a large amount of investment, growth still comes from Google's traditional business. Porat said the demand for mobile search advertising and the strong performance of YouTube video services are driving market sales. She said that Google has also contributed to the sale of targeted advertising on other sites.
The other is data security .
So far, Google has got rid of the public's privacy concerns about the disclosure of Facebook data collection loopholes. Google is the world's largest provider of digital advertising, relying on targeted information based on users' online information and behavior. Although concerns about privacy and new regulation are intensifying, which may affect Googleâ€™s advertising business to some extent, the companyâ€™s broad reach, huge resources and dominant market share mean that smaller competitors may More losses.
The European General Data Protection Regulations will be launched next month, which will change the way Internet companies collect user data and targeted advertising. Google has made an adjustment to the new law for about 18 months.
"We really feel that we are ready to meet these requirements," Porat said. â€œWe have changed our policies as needed. We also provide users with powerful user control and privacy settings and privacy checks. This is a very powerful area and we will continue to do a lot of work in this area.â€
In addition, traffic acquisition costs (TAC) are also rising. Googleâ€™s fees paid to distribution partners rose 36% to $6.3 billion. Alphabet executives said that on Google's website, TAC's revenue ratio will continue to climb, but the speed will slow down.