Under the pressure of smog, the days of power companies are getting worse. A few days ago, the National People's Congress made the first revision of the Environmental Protection Law in the past 25 years, and increased the punishment for large polluters.

The amendment clearly stipulates that polluting enterprises can be punished continuously according to the original penalty amount, not only for one-time punishment. Coal-fired power generation companies will bear the brunt. 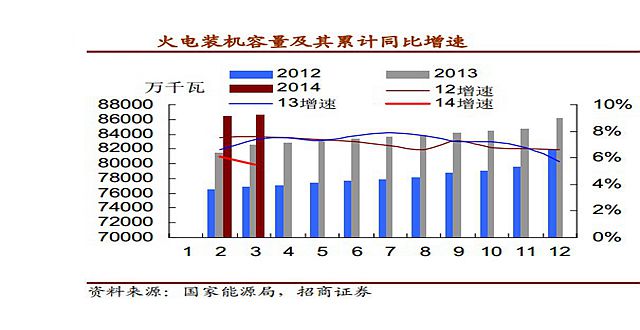 Sulfur dioxide, nitrogen oxides, smoke dust, etc. are the main pollutants causing smog. The emissions of these three pollutants in coal-fired power generation account for about 40% of the total emissions. The installation of equipment such as dust removal and desulfurization is the main means for power plants to reduce air pollution. However, such environmental protection equipment has also increased the cost of power plants, and the enthusiasm of power plants is generally not high.

With the implementation of the new environmental protection law, the cost of sewage disposal by power generation enterprises will increase significantly, which is undoubtedly positive for alleviating China's environmental pressure.

Environmental protection costs have increased the risk of the "electricity shortage"

In April 2011, the phenomenon of â€œelectricity shortageâ€ appeared in most provinces and autonomous regions in China. It is worth noting that China's thermal power installed capacity has basically been able to meet the needs of society. The main reason for the "electricity shortage" is that the thermal power enterprises have insufficient operating rates, and an important reason for enterprises not to start work is that electricity prices are insufficient to cover costs.

In order to encourage power plants to adopt environmental protection measures, the state implements the environmental protection tariff policy for desulfurization, denitrification and dust removal tariffs based on the current on-grid tariff. At present, the desulfurization price increase standard is 1.5 cents per kWh, the denitrification price is 1 cent, and the dust removal price is 0.2 cents.

At the end of 2012, the total capacity of flue gas denitration units that had been put into operation at the thermal power plant accounted for only 28% of the capacity of the current active thermal power units in the country. As of the end of 2013, China's largest power generation company Huaneng Group's denitration units accounted for only 65% â€‹â€‹of the coal-fired power units.

According to estimates, for a 300 million generator set, only one day of desulfurization equipment can be stopped, which can save 220,000 yuan in cost. After the implementation of the new environmental protection law, the environmental protection investment of power generation enterprises will increase greatly. It is likely to reduce the cost of electricity supply and reduce the risk of â€œelectricity shortageâ€.

Cracking the power shortage, we must open the on-grid price

As the marketization is not complete, the on-grid price is still strictly regulated. As long as the grid company can guarantee the normal operation of the grid system, it can earn the price difference between the on-grid price and the terminal sales price. The increase in the cost of power generation enterprises cannot be reflected in the on-grid electricity price, and only the choice of voting with the feet is the direct cause of the â€œelectricity shortageâ€.

In terms of power reform, Japanâ€™s plan may be worth learning. In November 2013, Japan passed the â€œElectrical Business Law Amendmentâ€, which clearly defined the power reform in three phases: the first phase (as of 2015), the establishment of a wide-area system operation coordination agency, responsible for coordinating the operation of various power company dispatching agencies across the country. In the second phase (as of 2016), the retail market will be fully liberalized, allowing all users to freely choose the sellers; in the third phase (2018-2020), the grid link will be separated from the power generation business, and the market price control will be fully liberalized.

The new environmental protection law makes it difficult for power generation companies to pay environmental protection costs. The strict regulation of on-grid electricity prices is the direct cause of the â€œelectricity shortageâ€. Breaking the power transmission and distribution of the power grid and the monopoly of the retail chain is the proper meaning of power reform.