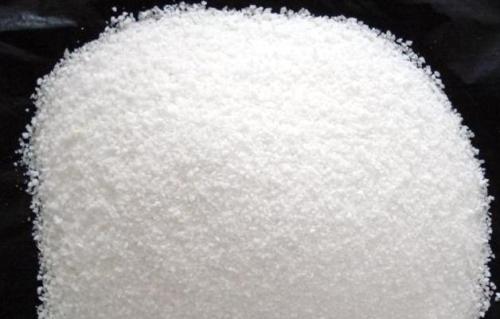 The price of glyphosate, after a rapid increase in the previous period, has been relatively sluggish for the first time in the year. Since April, the price of glyphosate has declined slightly, dropping from 36,000 yuan/ton at the beginning of the month to the current 35,620 yuan/ton, and dropping to 380 yuan/ton, a decrease of about 1%. Analysis of the industry pointed out that with the increasingly strict environmental protection supervision, the production of glyphosate companies is still expected to usher in a new market space.
It is worth noting that media reports recently that many countries in South America have resisted the use of glyphosate herbicides, and that the nationâ€™s agrochemical giant Monsantoâ€™s highly effective broad-spectrum herbicides have been boycotted by countries such as Brazil and Chile, and overseas demand is declining. 80% of the glyphosate is exported. Affected by this news, the recent shares of the listed companies such as Xinan, Jiangshan, Huaxing, Yangnong Chemical, and Subic, which are the main glyphosate-producing companies, also fell sharply, falling more than 20%.
According to reports, the current mainstream price of glyphosate is down to between 34,000-35,000 yuan/ton, and the low-end price is around 32,000 yuan/ton. The transaction volume was relatively weak. Large enterprises mainly focused on completing the overseas orders in the previous period, and small enterprises had fewer new orders.
On the other hand, the price of glycine as raw material for glyphosate has continued to rise and environmental protection has become more supportive. â€œIf the price of glycine has risen more, the price of glyphosate may have fallen even more recently than it is now.â€ According to industry sources. At the same time, he also stated that â€œthe demand in the overseas market has recently faded compared with the previous period, which is also related to the weather in some parts of North America. Some overseas orders have been completed and there is now a certain amount of order space.â€
Business Society glyphosate analyst Hu Qifeng said that the introduction of the amendment to the Environmental Protection Law on April 24 supported the formation of glyphosate. The new environmental protection law stipulates that companies that fail to meet environmental standards will be penalized on a daily basis. New projects will need to undergo a rigorous environmental review before they can be built. The bill will be implemented on January 1, 2015. â€œEnvironmental pressure can further boost the market for glyphosate. With the opening of procurement in South America, the price of glyphosate is expected to rise to a new high,â€ she said.
It is reported that the first list of glyphosate-environmentally verified products will be announced at the latest opportunity. The first batch of products that pass environmental protection verification will be less than 50% of the industry's total production capacity, which will directly benefit the production and sales of large enterprises. Glyphosate is expected to be available in the future. However, there are also industry analysts pointed out that glyphosate as the industry's first product to carry out environmental inspections, face greater environmental pressure, due to reduced production of SMEs led to a substantial increase in prices. The complexity of the verification has led to the delay in the initial release of glyphosate through the list, which reflects the fact that environmental tightening has had less impact on the industry.

The Fiber Laser Cutting Machine adopts servo motor bilateral driving. The whole machine is compact in structure, good in overall rigidity, stable in accuracy and performance. The equipment processing replaces the traditional mechanical knife with invisible beam. It has high processing precision, fast cutting and no damage to materials. The surface can be processed with any pattern. It is used for cutting and cutting carbon steel, alloy steel, stainless steel, copper, aluminum and galvanized sheet. It is a high-tech product integrating advanced technologies such as laser technology, mechanical technology and numerical control technology.

1) The closed fiber Laser Cutting Machine has low cost and consumes less power,it can blow air to cut all kinds of metal sheets

3) High speed, high efficiency, up to 100 meters per minute.

5) The cutting quality is good, the deformation is small, the appearance is smooth and beautiful.

6) The use of imported guide transmission mechanism and servo motor, cutting precision.

7) Can desian any kind of graph or text to cut at will, the operation is simple, flexible, convenient.